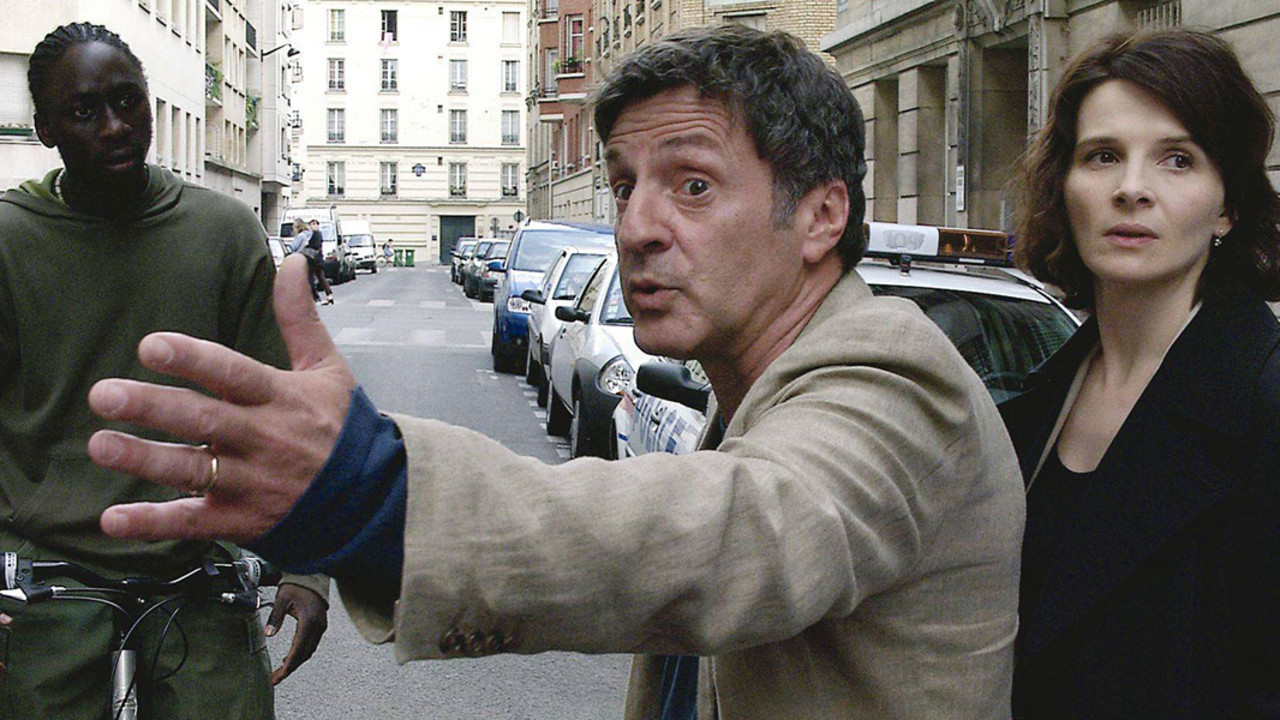 Inspired by the notorious incident of October 17, 1961, when Parisian police massacred anywhere from 40 to over 300 Algerian protestors, Caché won three awards at Cannes (including Best Director) and cemented Michael Haneke's reputation as international cinema's most prestigious provocateur. The comfortable bourgeois existence of Georges and Anne Laurent (Daniel Auteuil and Juliette Binoche) is disturbed when the couple start receiving videotapes of their house from an unknown source (shades of David Lynch's Lost Highway), accompanied by oblique but menacing drawings. Georges eventually realizes that these anonymous missives have something to do with an Algerian boy who he grew up with on his family's country estate, and his efforts to unravel the mystery soon transform into a scathing portrait of unacknowledged guilt — a guilt simultaneously personal, class, national, and racial. "Like the very best of Hitchcock, [Caché] marries both high- and lowbrows in the compulsively watchable format of the thriller" (Leo Goldsmith).