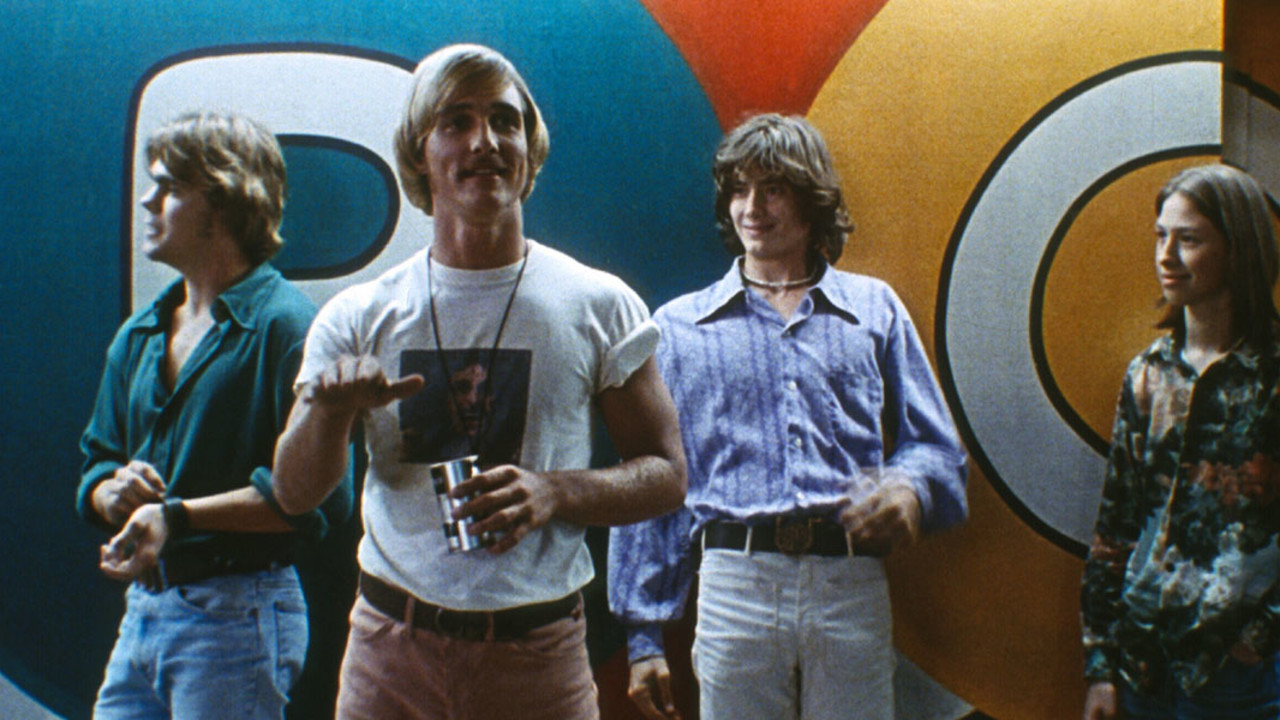 Mismarketed by its distributor, which tried to sell it as a simplistic stoner comedy, Richard Linklater's fond ode to teenagehood in 1970s Austin, Texas has become one of the most beloved cult films of the '90s. Taking place on the last day of high school in 1976, the film intertwines the narratives of a number of characters — including a freshman ballplayer (Wiley Wiggins), a likable jock contemplating just how much he wants to toe the line (Jason London), a trio of "brains" trying to hang with the cool kids (Adam Goldberg, Marissa Ribisi, and Anthony Rapp), and many others — that all intersect at a climactic keg party in a moonlit field. Featuring a staggering number of future stars in minor roles — including Milla Jovovich, Parker Posey, Renée Zellweger, Ben Affleck (as hateful bully O'Bannion), and, of course, Matthew McConaughey, entering the Hall of the Immortals with his performance as laid-back, smooth-talking horndog Dave Wooderson — Dazed and Confused is "a wholly accurate — accurately funny, accurately painful, accurately moving — portrait of life as it was lived by people of a particular age and a particular class at a particular moment in time" (Kent Jones).