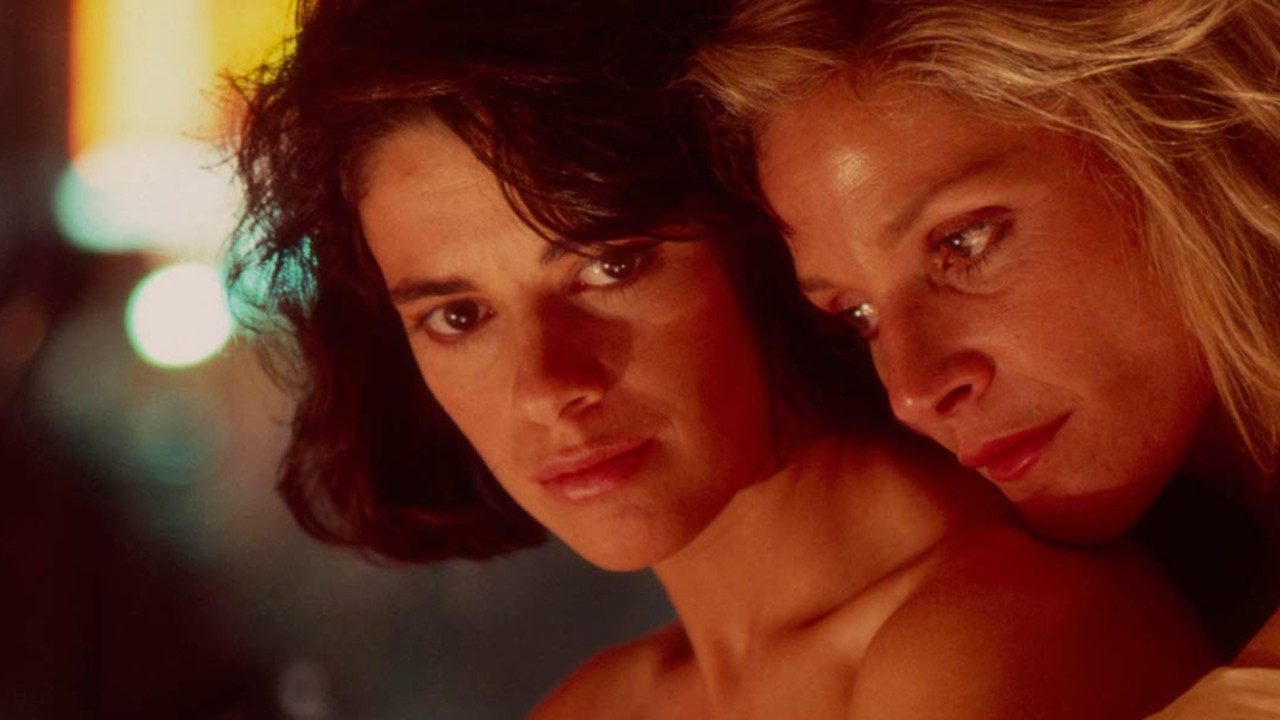 "There hadn't been a film about a love relationship between women that hadn't ended in suicide, like The Children's Hour, or in a bisexual triangle. There hadn't been just a love story[,] handled in a fairly frank and real way," said Donna Deitch, who set out to fill that void with this affecting adaptation of Jane Rule's Desert of the Heart. The film takes place in Reno in the 1950s, where 35-year-old English professor Vivian (Helen Shaver) arrives for a divorce. During her required six-week residency, she meets Cay (Patrice Charbonneau), a young woman who works in the casino, and the two develop a friendship that grows into love. Like most love affairs, the women seek in each other what they lack in themselves: Vivian longs for Cay's emotional and sexual freedom, while Cay admires Vivian's commitment to her work. Now recognized as a classic of LGBTQ cinema, Desert Hearts is "a milestone.... Deitch envisioned a romance, a sexy one that most lesbians wouldn't even have dared to dream back then. And not just one with a room of our own, but a hotel room, preferably with a naked woman in it, and nobody to interfere" (B. Ruby Rich).