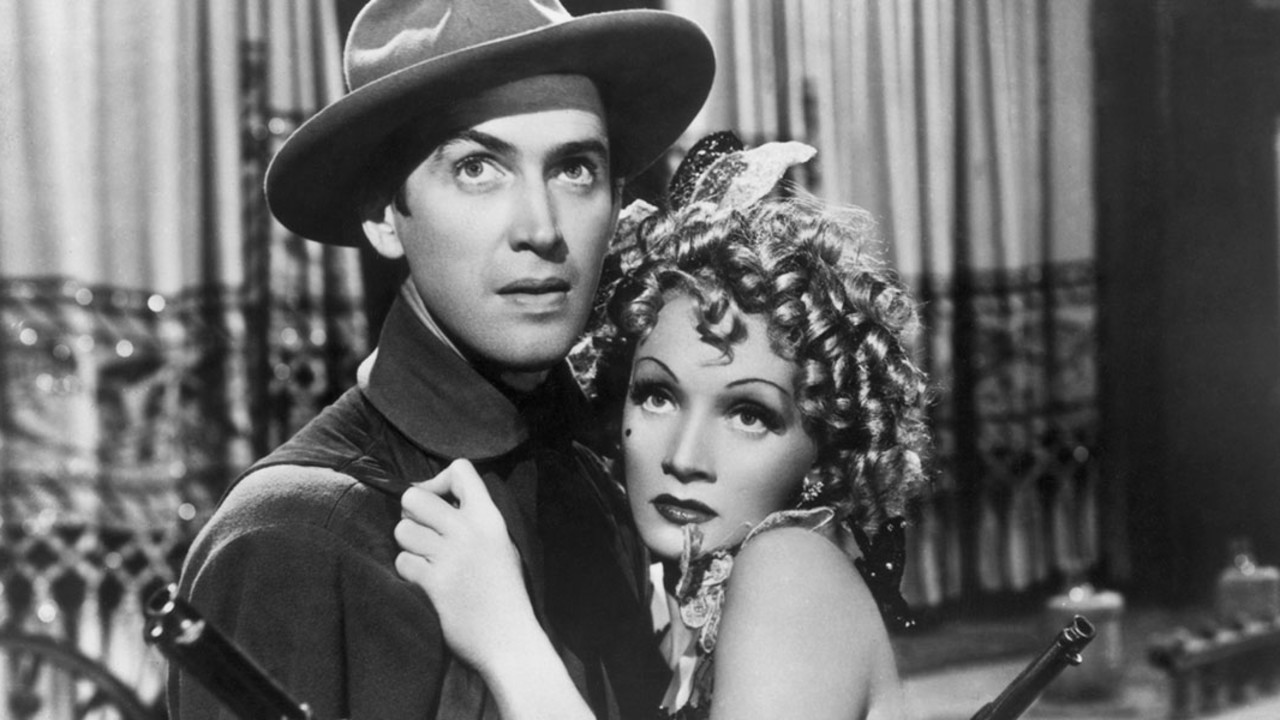 After a long period of critical and box-office duds, Dietrich revived her flagging post-Sternberg career with this wildly entertaining comedy-western. She plays the coarse, swaggering Frenchy, a dance-hall entertainer at the appropriately named Last Chance Saloon and mistress of the corrupt town boss (Brian Donlevy). James Stewart, a rising star at the time, plays newly appointed deputy Tom Destry, Jr., the son of a famous lawman, who has sworn off Dad's gunslinging ways and appears to be a milk-swilling milquetoast — until his more pacifistic approach to peacekeeping proves unusually effective, and mellows the hard-bitten Frenchy's scorn into love. Relishing her role as a vulgarian, Dietrich sings one of her signature tunes ("See What the Boys in the Back Room Will Have"), has one hell of a fistfight and wrestling match with Una Merkel, and romances Stewart with such physical brio that his character seems all the more passive. "A marvelous comedy western.... What is remarkable about this film is the way it combines humour, romance, suspense, and action so seamlessly" (Time Out Film Guide).