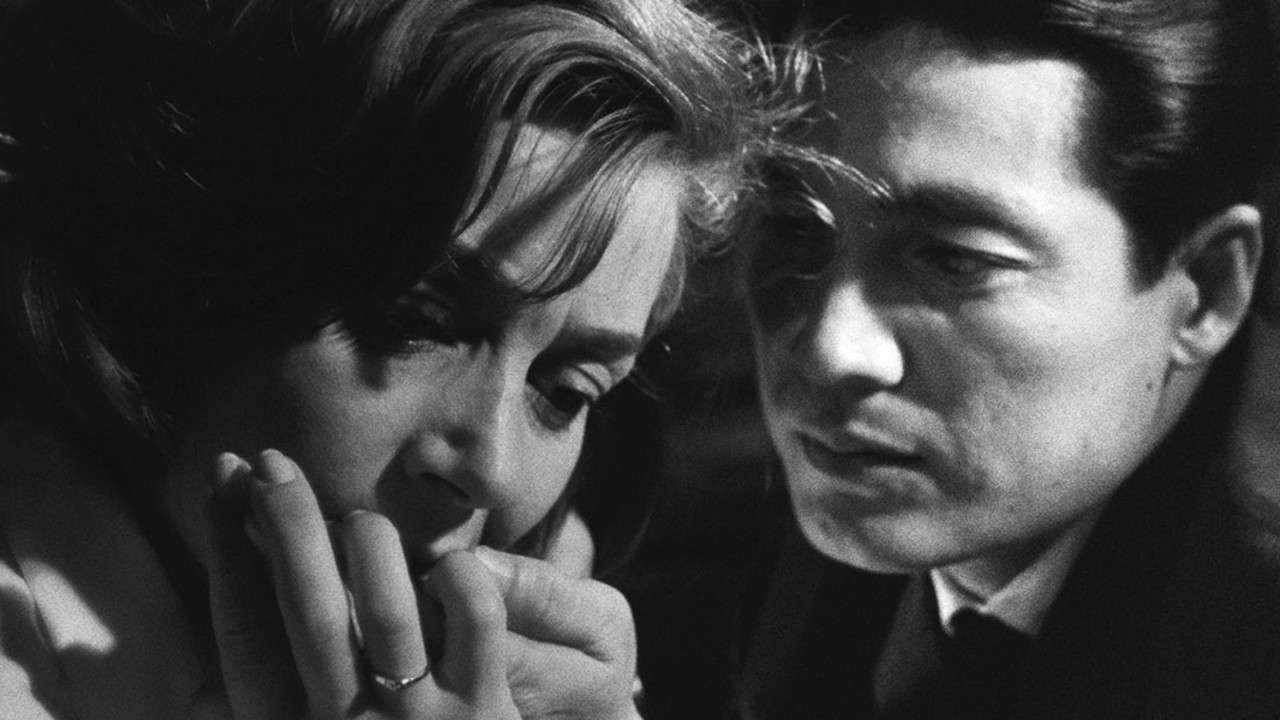 Resnais' feature debut, from a screenplay by Marguerite Duras, was "as important in the development of film art as Citizen Kane" (James Monaco) and forever changed the cinema. An unnamed French actress (Emmanuelle Riva) visiting Hiroshima has an affair with a Japanese architect (Eiji Okada), but the setting evokes painful memories of her first lover, a German soldier who was shot during the Liberation. Addressing themes that were to become his preoccupations — memory and willed forgetfulness, the subjective nature of time, and the imminence of death — Resnais employed a non-linear structure and a musical editing style in an effort to replicate the workings of consciousness. "The most startling film to emerge from France since the war ... Perhaps the most imperishable quality of Hiroshima mon amour is that, within all the staggering audacity and beauty of its composition, it remains a plaintive and very moving love story" (Peter Cowie).