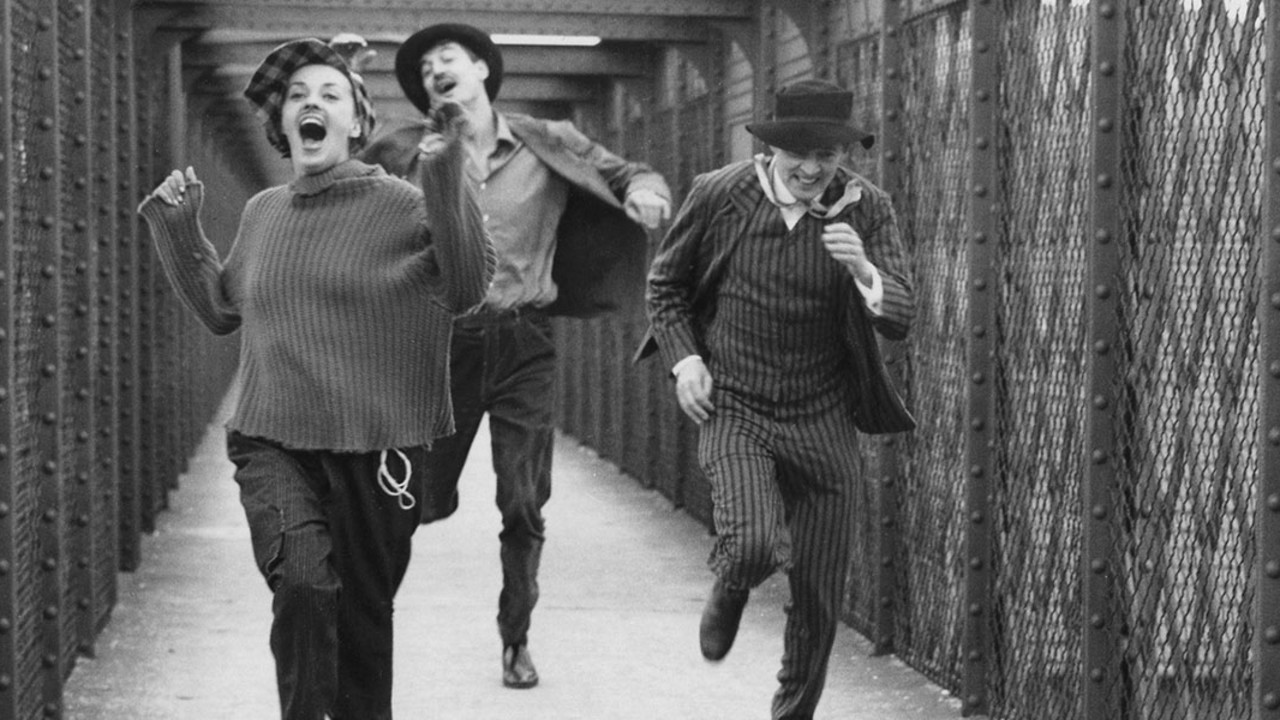 Due to unforeseen circumstances, the screening of Jules at Jim on Monday, September 2 has been cancelled. We apologize for any inconvenience.

"The film that made me the most fondly jealous of Truffaut. I wish I'd made it" (Jean Renoir). Spanning from the end of the belle époque to the beginning of the Second World War, the sublimely romantic Jules et Jim chronicles the making and breaking of a ménage à trois. The friendship between two bohemians — shy Austrian entomologist Jules (Oskar Werner) and dashing French novelist Jim (Henri Serre) — is disrupted when they both fall in love with their ideal woman, Catherine (Jeanne Moreau). Capricious, exuberant, narcissistic, thoroughly modern and not a little mad, Catherine is impossible to possess, a fact Jules and Jim cannot accept. ("She's not immoral. She's absolute," Moreau said of her most famous character.) Giddy on the possibilities of cinema, Truffaut fills the widescreen frame with exuberant photographic and editing effects, composing with a sometimes delirious camera whose circling and swirling captures the vertigo that Jules and Jim experience when they are close to the tragically elusive Catherine.