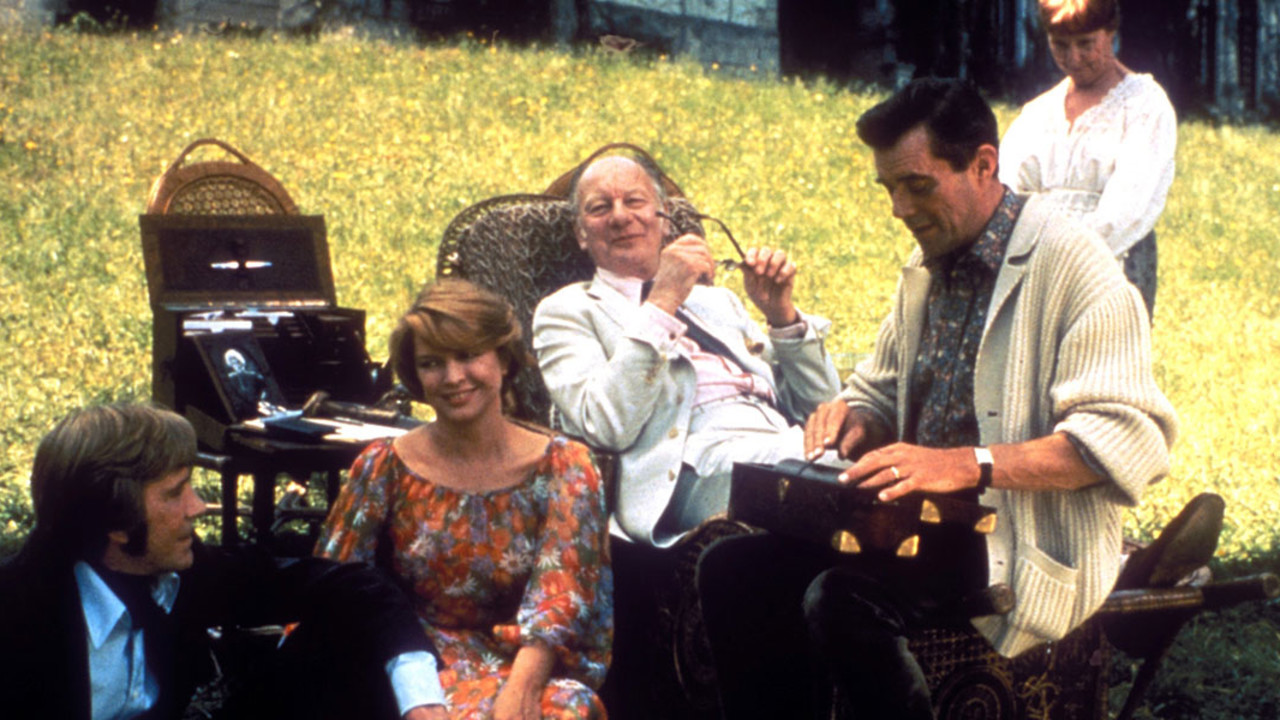 The first Toronto screening in almost two decades of Resnais' first feature in English, which was voted the greatest film of the 1970s by an international jury of critics. A cruelly funny puzzle movie, Providence is set mostly inside the mind of a dying novelist (John Gielgud) who, bedridden and wracked with pain, hallucinates one last novel in which the members of his family (Dirk Bogarde, Ellen Burstyn, David Warner, and Elaine Stritch) are reimagined, fused together, and otherwise transformed within his nightmarish, shape-shifting scenario. Playwright David Mercer's acidulous script provides Gielgud with the crowning role of his career: whether bitching about his bowels, skewering family members with glinting wit, or raging against the dying of the light, Gielgud's expiring scribe triumphantly refuses to go gentle into that good night. "Resnais' greatest film since Muriel, and that means it is one of the great films of our time" (Richard Roud).