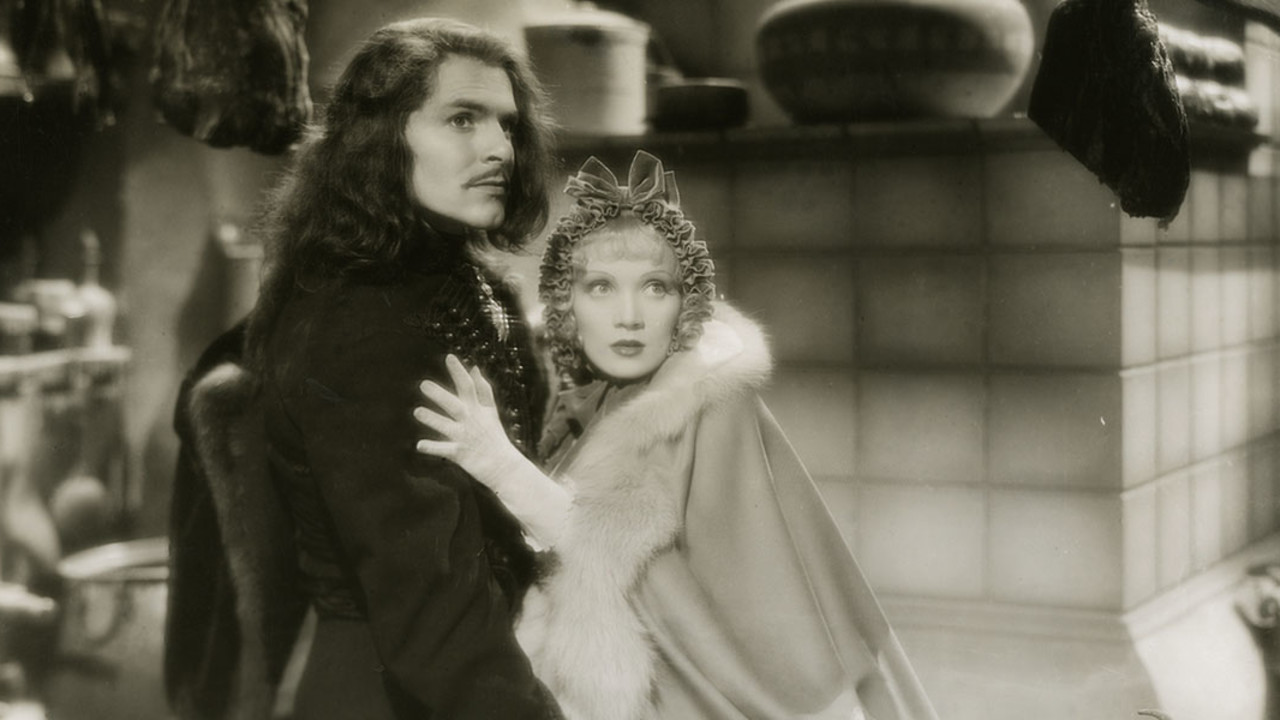 Von Sternberg's more-is-never-enough aesthetic reached its pinnacle in this astonishing historical spectacle, in which Dietrich transforms from a wide-eyed Prussian princess in ringlets to the scheming Russian empress Catherine the Great, swaddled in furs and feathers, sables and pearls. Sent as a teenager to marry Grand Duke Peter (Sam Jaffe), heir to the Russian throne, the future Catherine discovers that her betrothed is a madly grinning impotent who plays with toy soldiers and cowers from the tirades of his tart-tongued mother (Louise Dresser), whose accent suggests less Russian royalty than Iowa farm folk. Growing up quickly in the corrupt court, Catherine takes her pleasure by inspecting officers of the royal army, trawling for her next bedmate and for allies in her ultimate bid for power. Its every lustrous frame stuffed with gargoyles, icons, crosses, holy relics, and candles (the wedding sequence alone burns through more wax than the entire works of Madame Tussaud), von Sternberg's self-proclaimed "relentless excursion into style" is "a tapestry of tyranny so intricately woven and so luminously lit that audiences and critics of the time were stupefied" (Andrew Sarris).